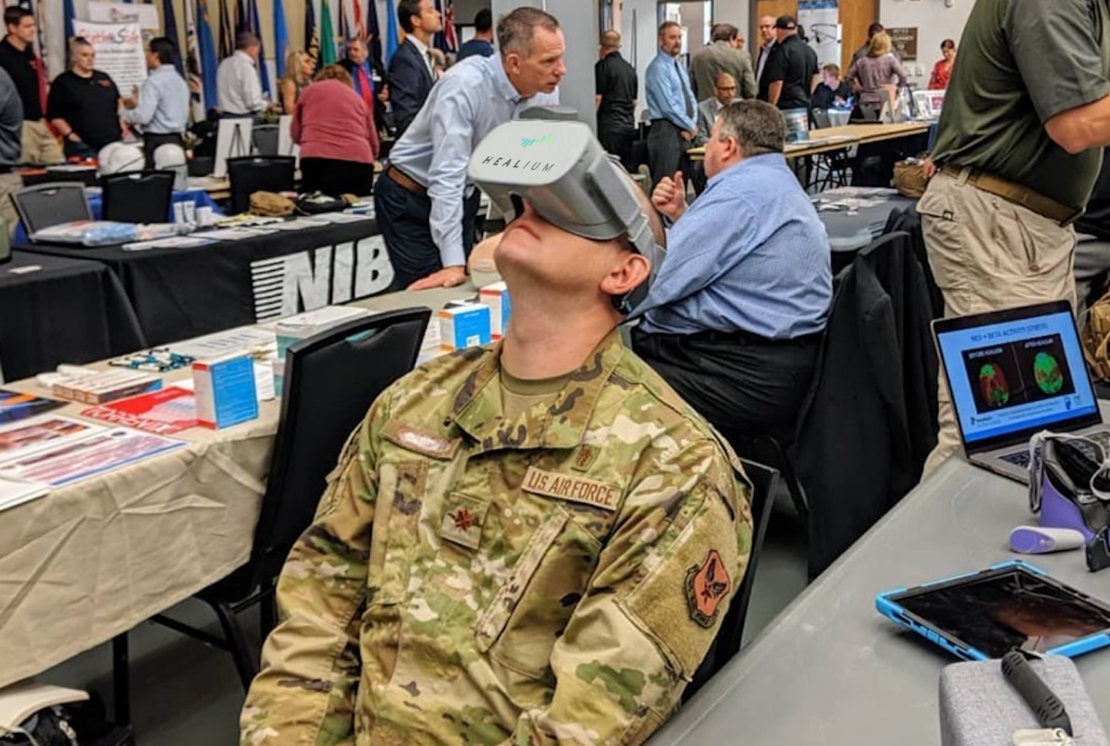 The US Air Force recently announced it awarded Healium an SBIR Phase I contract to explore deploying Healium’s mental fitness products to service members at home and in the field.

The number of deaths by suicide among military service members increased in the fourth quarter of 2020 according to the Defense Department’s latest quarterly report. According to the VA, about 20 Veterans, active duty, guardsmen, and reservists die by suicide each day.

Healium is a technology and a product that produces a “digital drug” that allows the user to learn to self-regulate their focus and calm by giving them the ability to see their EEG brain patterns in near-real-time. It’s a portable solution that uses virtual and augmented reality to immerse the user into beautiful, nature-based escapes.

In four peer-reviewed journals, Healium has been shown to significantly reduce anxiety and improve mood in as little as four minutes.

“This is the stress Olympics and not everyone has trained for it,” said Sarah Hill, Healium’s CEO who developed the product to ease her own anxiety as a former TV news reporter. “How are you supposed to learn to control your focus and calm if you can’t SEE them? These experiences are designed to interrupt the stress response and allow the user to learn to self-regulate.”

In addition to being under contract with the Department of Defense, Healium announced a continuing partnership with The Outpost, a Virginia advisory and technology accelerator firm helping advance next-generation technology companies within both the commercial and national security verticals.

“From pre-deployment to post-deployment, airmen and soldiers are being asked to manage so many difficult and stressful tasks these days,“ said Dave Harden, The Outpost’s CEO.  With this comes anxiety, loneliness, depression, and, in the worse situations, suicide. Healium brings a world-class tool and experience that can help to not only teach ourselves to self-regulate ACTUAL brain waves but start to make the synaptic growth required to combat stress and human performance–all with a spa-like virtual experience.”

In addition to military and Veterans groups, Healium is used worldwide by frontline workers, athletes, and schools to reduce stress and improve human performance. You can get Healium on Oculus, Pico, iOS, or Android by searching for “Healium” in the app stores. You can sample our experiences here: https://www.tryhealium.com/stories/