The dawn of virtual reality, which is 360-degree experiential media, is leading to incredible breakthroughs in how people’s minds are transported to new worlds. And augmented reality, which are three-dimensional objects superimposed over the real world, broadens the capacities for new experiences.

Immersive media is data-driven and based on scientific principles of neurofeedback and meditation. While VR has been used to treat specified cases such as phobias, using VR on people suffering from stress or general anxiety is still a relatively new and novel approach.

Dr. Jeff Tarrant, director of the Neuromeditation Institute and Chief Science Officer for Healium, uses brain-based principles together with storytellers and game designers to study these unique experiences that allow the user to “be somewhere else.”  In three peer-review journals, Healium’s mood-powered experiences have been shown to reduce moderate anxiety by a third and increase feelings of positivity quickly, in as little as four minutes.

In helping teach people how to shift their mind’s toward positivity, calm, or focus mood states or promoting mindfulness, Healium works.

Read more about the three peer-reviewed journals or explore more in our science section.

In a study published in Frontiers in Psychology, researchers found that intentionally-crafted VR experiences can be therapeutically effective in treating generalized anxiety disorders.

“Our results support the notion that intentionally crafted VR experiences can be therapeutically effective, and may result in immediate, adaptive psychophysiological outcomes. Although there are a number of limitations present in the current study, here we have provided early evidence that VR-based meditation interventions have the potential to play an important role in anxiety management and stress reduction,” researchers found.

The study compared a brief nature-based mindfulness Healium VR experience to a resting control condition on anxious participants. Self-reported anxiety symptoms and resting-state EEG were recorded across intervals containing quiet rest or the VR intervention. EEG activity was analyzed as a function of global power shifts in Alpha and Beta brainwave activity, and with sLORETA current source density estimates of cingulate cortex regions of interest. Results demonstrated that both a quiet rest control condition and the VR meditation significantly reduced subjective reports of anxiety and increased Alpha power. However, the VR intervention uniquely resulted in shifting proportional power from higher Beta frequencies into lower Beta frequencies, and significantly reduced broadband Beta activity in the anterior cingulate cortex. These effects are consistent with a physiological reduction of anxiety.

Read our FREE resource “The Definitive Guide to Stress Relief “

A study in the Scholarly Journal of Psychology and Behavioral Sciences found that those suffering from “needle phobia”  while donating blood can reduce their mood state in the midst of a blood draw by engaging in an immersive media experience.

“Because this anxiety has real-life consequences, a recent review of research on needle fear recommended that ‘greater attention should be given to evidence-based approaches to alleviate fear during injections,’” the researchers wrote. “This  is consistent with other research showing that VR reduces pain and anxiety better than ‘treatment as usual’ in a pediatric population during a routine blood draw. The apparent success of VR in reducing anxiety may  be, in part, due to the strong feeling of ‘presence, . … the subjective feeling of being in another place.’”

In this study, researchers examined negative and positive mood states before and after a brief VR intervention at a Red Cross blood drive. Results demonstrated a significant increase in positive mood states such as happiness and calmness and a reduction of negative mood states like tension and fatigue. These results support the accumulating evidence that VR has the potential to act as a powerful and effective tool for anxiety and stress management in anxiety-provoking situations.

A proof-of-concept study in the Journal of Neuroregulation was designed to determine the feasibility of combining VR and brain computer interface to shift frontal gamma brain activity and positivity influence mood states.

“Because the technology is relatively easy to use and inexpensive, it may serve as a wellness tool in work and school environments, as a calming technique for persons receiving medical/dental procedures, or as an adjunct to traditional therapeutic interventions for anxiety or depression. In fact, such an intervention may be appropriate as ‘homework’ for clients enrolled in traditional neurofeedback training,” researchers found.

Firefighters served as subjects and completed pre-post mood rating scales as well as 19-channel EEG recordings. An examination of sLORETA frontal lobe ROI’s demonstrated a post-intervention gamma asymmetry shift to the left in 3 of the 4 subjects. In addition, subjects generally reported changes in mood consistent with the frontal asymmetry changes. Overall, these results provide initial support for the idea that a consumer grade BCI/VR intervention can potentially have therapeutic utility and deserve further study. 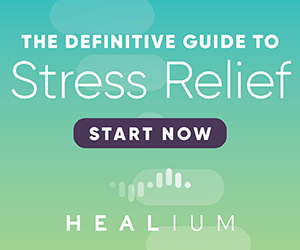