Alpha Brainwaves Explained | When Are They Dominant & What Mood States Are They Associated With?

Alpha brainwaves are predominant when we are awake but not actively processing any information. But what does that mean, and why are alpha waves important? Learn more here. Our brain generates a huge amount of electricity daily — enough to power a small light bulb. Whenever the cells or neurons in our brain communicate with each other, they do so by sending electrical pulses.

These synchronized electrical signals produce brainwaves. Simply put, brainwaves are the electrical activity in our brain displayed in wave form.

Our brain produces different types of brainwaves, differentiated by their range of frequencies or cycles per second. Each type has also been known to affect overall mental state — from our mood and focus to our perception and memory formation.

What Are Alpha Brainwaves?

Alpha brainwaves are the first type of brainwave discovered — hence the name “alpha,” or the first letter of the Greek alphabet.

In terms of frequency, alpha waves measure at 8 to 12 cycles per second, or hertz (Hz), placing them in the middle of the brainwave spectrum or frequency bands.

Alpha brainwaves are slower compared to beta and gamma brainwaves. However, they have higher amplitudes, meaning they produce larger waveforms.

Studies have found alpha waves to be most prominent above the occipital cortical area of the brain — the visual processing center at the back of the head.

When Are Alpha Brainwaves Predominant? 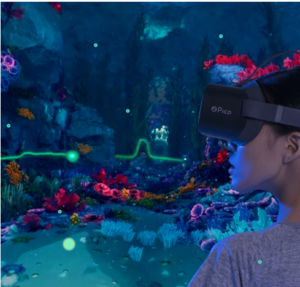 Alpha waves are a common brainwave frequency. They occur whenever we are awake, but relaxed, with an internal attention.

This means that alpha brainwaves are predominant during times when our brain is idle and only passively paying attention to our surroundings. It doesn’t matter what we are doing physically, as long as we feel calm and at rest.

Some states or times when alpha waves are occur include when we are:

– Resting after an activity

Alpha brainwaves may also occur while we are walking or doing other activities, provided that our mind is in a reflective state and not focusing too deeply on the task at hand.

The brain typically produces alpha waves during times when it is relaxed or at a reflective state. As such, the mood states commonly associated with alpha brainwaves include:

Alpha brainwaves can be observed even during sleep, particularly during the non-rapid eye movement (NREM) stages of sleep. NREM sleep refers to the stages of sleep when we are not dreaming.

Stage 1 NREM sleep — also known as the transitional phase between wakefulness and sleep — is when our brain produces the most alpha waves. This falls in line with alpha’s association with calm, relaxed, and resting states.

However, as the first sleep stage progresses, the brain starts to reduce the production of alpha brainwaves and increase production of theta waves, which are slower.

Different studies suggest that alpha brainwaves produce a number of positive effects. These include:

Since alpha brainwaves are associated with relaxed, calm, and restful mental states, it does not come as much of a surprise when alpha waves were linked to lower anxiety and stress. One study published in 2012 found that daily alpha brainwave neurofeedback training can help reduce signs of anxiety and other psychopathology symptoms.

A study published in the journal Cortex found that alpha brainwaves can help induce greater creativity. The researchers stimulated the production of alpha waves using non-invasive methods, such as brain training and transcranial alternating current stimulation.

After doing so, they recorded a 7.4% improvement in the Creativity Index using the Torrance Test of Creative Thinking. The study noted that increasing alpha brainwaves in frontal brain areas are the only ones that helped increase creative thinking.

A study published in 2012 noted that alpha brainwaves can help close our minds to various distractions and other irrelevant brain activity. In particular, alpha waves can help people suppress distractions successfully when they are able to anticipate the arrival of such information or activity.

Although it may sound contradictory to our natural state required to produce alpha brainwaves, research shows that manipulating alpha waves may also boost our attention and focus. Using bio or neurofeedback  to slightly lower alpha wave activity as needed can increase our focus. 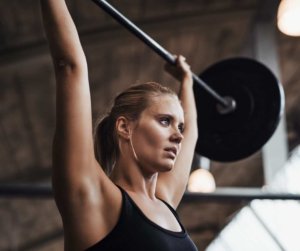 The flow state is a state of complete focus and immersion in an activity. This happens when we find ourselves fully engrossed in something and enter a higher level of concentration.

People who enter the flow state find themselves more energized, involved, and enjoying what they are doing. As a result, we tend to not notice feeling tired. People in the flow state also find their work more fulfilling or rewarding, thus giving them greater motivation to continue doing it.

The flow state is often observed or associated with creative pursuits, such as painting, dancing, or writing, and sports activities, like football, basketball, or running.

– Minimizing or eliminating all distractions: Removing all potential obstacles allows us to reach a calm, idle state much faster, and in turn get into the flow.

– Working at peak biological hours or hours of energy: Pushing on with work while we’re tired or low on energy makes it harder to concentrate, making us vulnerable to things that may distract us from reaching an idle, meditative state.

– Listening to music: Familiar and repetitive songs — especially purely instrumental tracks — can help relax and calm our mind and trigger the flow state. Music has even been shown to help improve sleep. Moreover, specific isochronic, binaural, and monaural tones can induce our brain to sync with specific frequencies to effectively produce alpha brainwaves and induce specific mental states.

– Practicing meditation, yoga, and mindfulness: Many people often wonder why they should meditate, and one practical answer is that by placing ourselves in a calmer state we actually help our brain produce more alpha waves. Meditation, in particular, has been associated with increased alpha brainwave activity.

In its normal ranges, alpha brainwaves helps put us in better moods, attain a sense of peace, and see the world positively. However, abnormal presence of alpha activity can create negative side effects.

One way alpha brainwaves may negatively affect our mental health is during sleep. Alpha waves are normally only observed during Stage 1 of sleep. Its activity slows down and disappears as sleep progresses past Stage 1 and into Stage 2.

However, alpha brainwave activity can sometimes trigger during the Stage 3 of sleep. This is also called alpha wave intrusion.

People observed with this abnormal activity generally do not report good sleep. Regardless of how long their sleep was, the individuals report still not feeling refreshed. It has been suggested that the presence of alpha waves during the later stages of NREM sleep may enhance the effects of sleep disorders.

Alpha waves’ association with wakeful relaxation and a shallow resting state may contribute to such effects.

Alpha brainwaves can be highly beneficial for our mental fitness and overall productivity. Knowledge of the different brainwaves and how to improve them increases our ability to maximize the states they induce.

Additionally, wearable neurofeedback devices make it is possible to train our brain. Now in the comfort of home, these wearables provide visual data, which can optimize the management of anxiety, calmness, focus, and sleep.

When combined with the meditation experiences and data dashboards offered by Healium, adjusting our alpha and other brainwave activity is easier than ever

For more information on incorporating neurofeedback into your wellness routine, check out how Healium works here, or watch the video below!