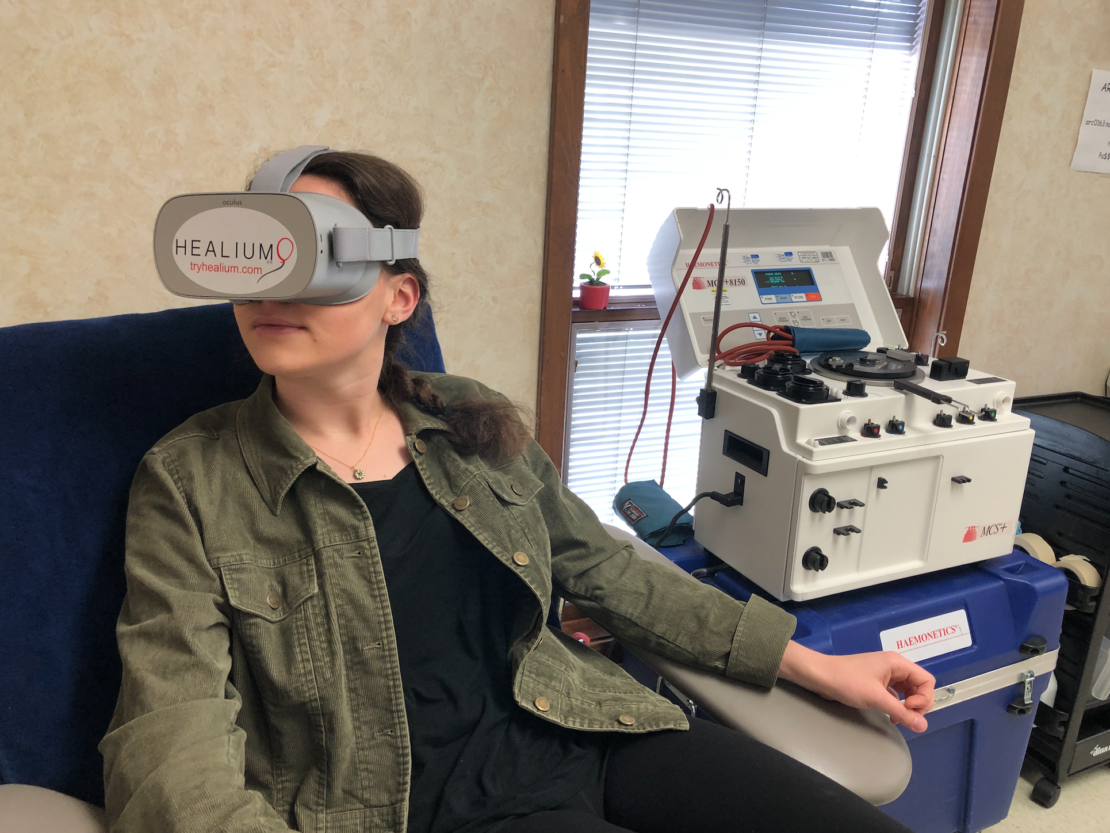 Needle injections are part of many medical procedures, yet “needle fear” and “needle phobia” frequently result in avoiding necessary treatments and an unwillingness to donate blood. Studies examining fear of needles have reported prevalence estimates as high as 91%. Because this anxiety has real-life consequences, a recent review of research on needle fear recommended that “greater attention should be given to evidence-based approaches to alleviate fear during injections”. 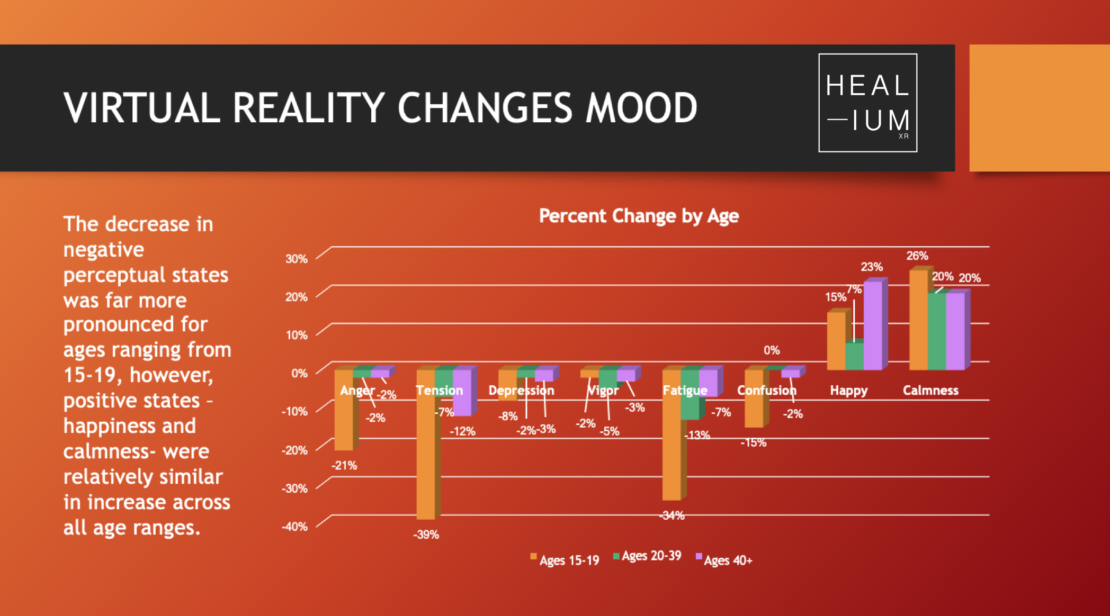 “This study demonstrated that an inexpensive and brief VR intervention can have a significant positive impact on mood just prior to a needle stick, reducing tension and fatigue and increasing feelings of calmness and happiness in an adult population. This is consistent with other research showing that VR reduces pain and anxiety better than “treatment as usual” in a pediatric population during a routine blood draw [Gold| Maher 2017]. The apparent success of VR in reducing anxiety may be, in part, due to the strong feeling of “presence” achieved in these environments [Waterworth |Waterworth | Mantovani 2011 and 2014]. “Presence,” is defined as the subjective feeling of being in another place. As there are multiple visual and auditory cues in a traditional hospital or blood donation setting that could trigger or exacerbate an anxiety response, removal of these cues may be helpful in reducing anxiety. In addition, rather than simply removing a potentially stressful environment, VR can replace these stressful cues with an environment designed to be soothing, comforting, and mood enhancing.”

– Dr. Jeff Tarrant, Director of the Neuromeditation Institute and Chief Science Officer for Healium. The study was published in the Scholarly Journal of Psychology and Behavioral Sciences

Participants watched a four-minute Healium experience where an old, barren tree transformed from lifeless to full of color and blooms. You can read the full study here: https://lupinepublishers.com/psychology-behavioral-science-journal/pdf/SJPBS.MS.ID.000150.pdf 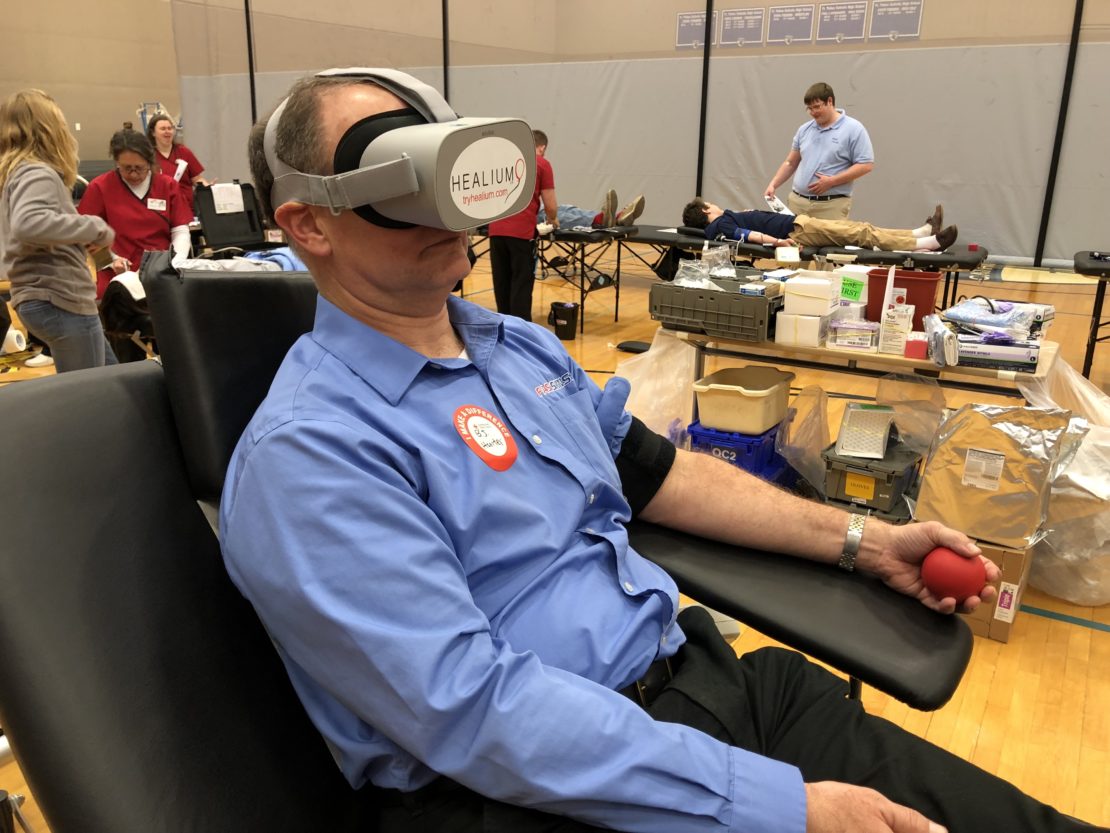